Only 54 Percent Of Respondents Have Heard Of The Holocaust

NEW YORK, May 13, 2014 /PRNewswire-USNewswire/ — The Anti-Defamation League (ADL) today released the results of an unprecedented worldwide survey of anti-Semitic attitudes. The ADL Global 100: An Index of Anti-Semitism surveyed 53,100 adults in 102 countries in an effort to establish, for the first time, a comprehensive data-based research survey of the level and intensity of anti-Jewish sentiment across the world.

The survey found that anti-Semitic attitudes are pervasive around the world. More than one-in-four adults, 26 percent of those surveyed, are deeply infected with anti-Semitic attitudes. This figure represents an estimated 1.09 billion people.  The poll found that only 54 percent of those polled globally have ever heard of the Holocaust. Two out of three people surveyed have either never heard of the Holocaust, or do not believe historical accounts to be accurate.

The overall ADL Global 100 Index score represents the percentage of respondents who answered “probably true” to six or more of 11 negative stereotypes about Jews. An 11-question index has been used by ADL as a key metric in measuring anti-Semitic attitudes in the U.S. for the last 50 years.

“For the first time we have a real sense of how pervasive and persistent anti-Semitism is today around the world,” said Abraham H. Foxman, ADL National Director.  ”The data enables us to look beyond anti-Semitic incidents and rhetoric and quantify the prevalence of anti-Semitic attitudes across the globe. We can now identify hotspots, as well as countries and regions of the world where hatred of Jews is essentially non-existent.”

Available through an interactive web site at http://global100.adl.org, the ADL Global 100 Index will give researchers, students, governments and members of the public direct access to a treasure trove of current data about anti-Semitic attitudes. The survey ranks countries and territories from the least anti-Semitic (Laos, at 0.2 percent) to the most (West Bank and Gaza, at 93 percent).

There are also some highly encouraging notes. In majority English-speaking countries, the percentage of those with anti-Semitic attitudes is 13 percent, far lower than the overall average. Protestant majority countries have the lowest ratings of anti-Semitic attitudes, as compared to any other majority religious country. And 28 percent of respondents around the world do not believe that any of the 11 anti-Semitic stereotypes tested are “probably true.”

ADL commissioned the polling firms First International Resources and Anzalone Liszt Grove Research to conduct the poll of attitudes toward Jews. Data was gathered from interviews conducted between July 2013 and February 2014 in 96 languages and dialects via landline telephones, mobile phones and face-to-face discussions.

Respondents were asked a series of 11 questions based on age-old stereotypes about Jews, including stereotypes about Jewish power, loyalty, money and behavior. Those who responded affirmatively to six or more negative statements about Jews are considered to hold anti-Semitic attitudes. The margin of error for most countries, where 500 respondents were selected, is +/- 4.4 percent. In various larger countries, where 1,000 interviews were conducted, the margin of error is +/- 3.2 percent.

ADL Global Index: Anti-Semitism by Region
The highest concentration of respondents holding anti-Semitic attitudes was found in Middle East and North African countries (”MENA”), where nearly three-quarters of respondents, 74 percent of those polled, agreed with a majority of the anti-Semitic stereotypes.  Non-MENA countries have an average index score of 23 percent. 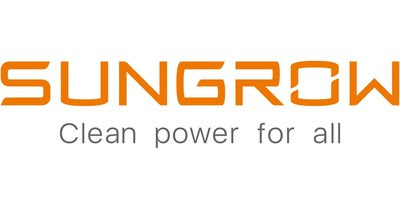 Outside MENA, the index scores by region were as follows:

More information on the ADL Global 100, including country-by-country comparisons, is available online at http://global100.adl.org

The Anti-Defamation League, founded in 1913, is the world’s leading organization fighting anti-Semitism through programs and services that counteract hatred, prejudice and bigotry.