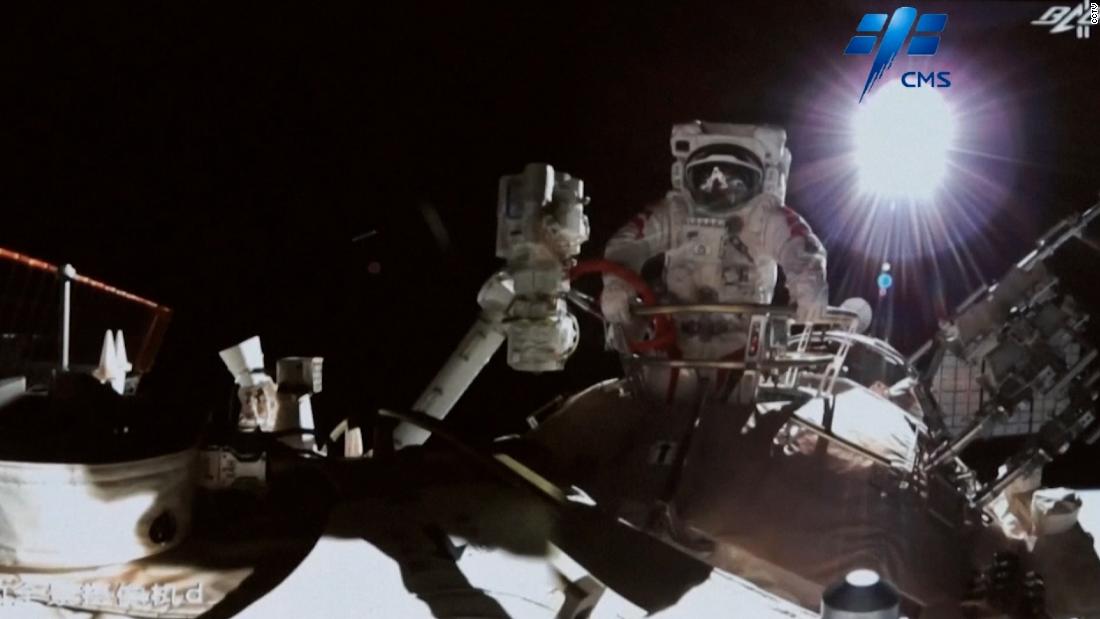 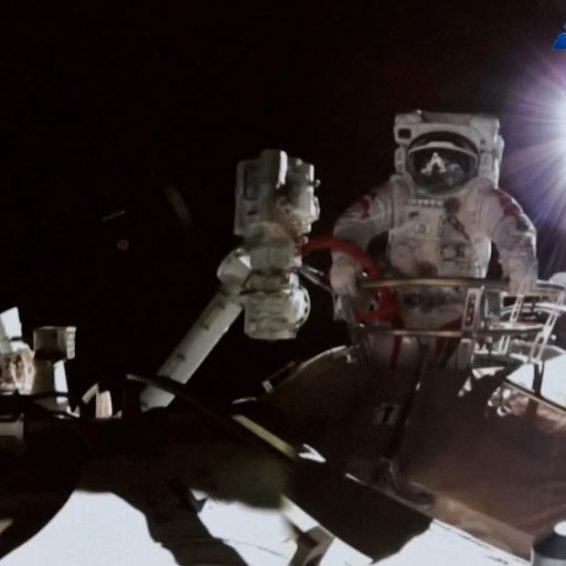 4 weeks ago·2 min read
ShareTweetPinShare
Home
World News
Wang Yaping becomes first Chinese woman to complete spacewalk
The content originally appeared on: CNN
Wang and fellow astronaut Zhai Zhigang, two of the three-member team currently at China’s new Tiangong space station, successfully completed the 6.5 hour spacewalk in the early hours of Monday morning, according to the China Manned Space Agency (CMSA).
The third member of the Shenzhou-13 crew, Ye Guangfu, stayed on the space station to support the spacewalk from the core module.
During the spacewalk, the team installed a suspension device and transfer connectors to the station’s robotic arm, according to state-run tabloid the Global Times. They also tested the safety of supporting equipment, including China’s domestically produced spacesuit.
It’s the first time the crew has exited the station since their arrival on October 16.
Read More
China’s historic crewed mission arrives at new space station
Shortly after stepping out of the space station’s cabin on Sunday, Wang waved to audiences on Earth and said she felt great, in a video released by the flight control center that has since gone viral on Chinese social media.
Wang is China’s second woman in space, after Liu Yang made history by joining the Shenzhou-9 spacecraft in 2012.
In an interview with CNN in 2015, Wang recounted the first moment she looked down on Earth from space.
“When I looked out of the window for the first time, I realized the true meaning of the power of life… that kind of beauty was just beyond comprehension,” she said.
State media and CMSA highlighted her achievement as well after Sunday’s successful spacewalk. Before Wang, only 15 women globally had conducted spacewalks since 1984, when Soviet astronaut Svetlana Savitskaya became the first to do so. So far, the vast majority of female spacewalkers have been American NASA astronauts.
Female spacewalkers are “an integral part of manned space,” and Wang has left her mark on history thanks to her “bravery,” said Yang Yuguang, Vice Chair of Space Transportation Committee for International Astronautical Federation, told the Global Times.
Despite the flowing praise for Wang from official channels and state media, much of the coverage also included gendered language that perpetuated stereotypes on the differences between men and women.
For instance, female astronauts supposedly have the advantage of having a “gentle personality (that) is good for teamwork,” according to the Global Times. The same article, citing a retired space researcher in Beijing, added that female astronauts are “more stable with adaptable mental states,” are “more sensitive to any problems in their surroundings,” and are better at communication than their male counterparts.
Another graphic in the article pointed out “special deliveries” provided for female astronauts, including makeup products, dessert, chocolates, and sanitary products.
The Shenzhou-13 crew will carry out one or two more spacewalks during their six-month stay — the longest stint in space by Chinese astronauts.
China aims to have the station fully crewed and operational by December 2022 — an ambitious target that appears to be on course. In September, three other Chinese astronauts successfully completed a three-month stay at the station, during which they worked on the station’s core module and conducted two spacewalks to install equipment.