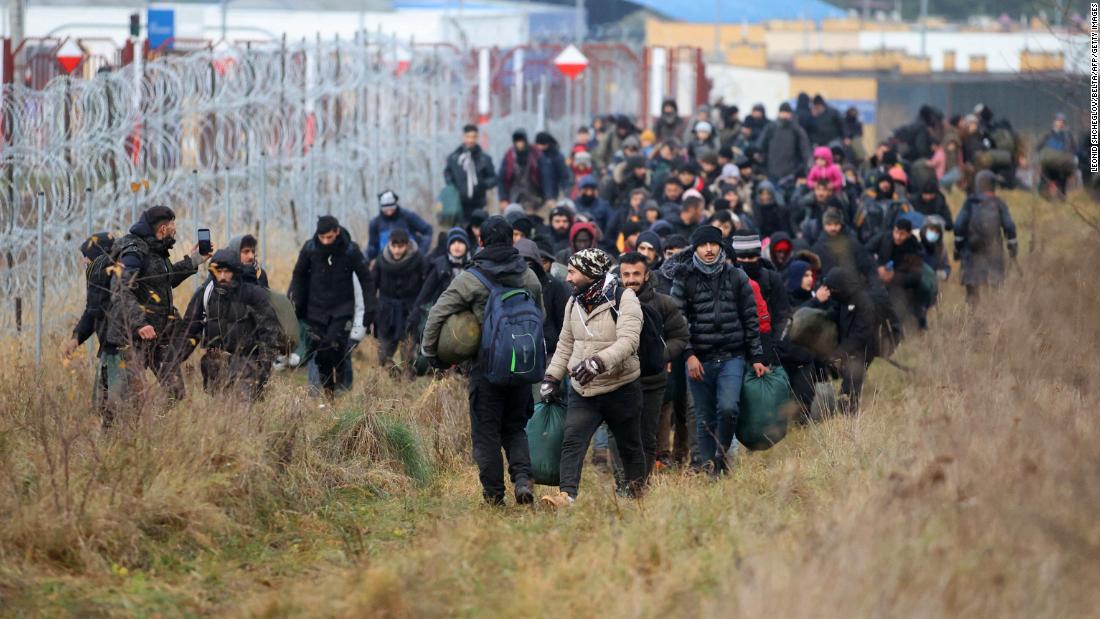 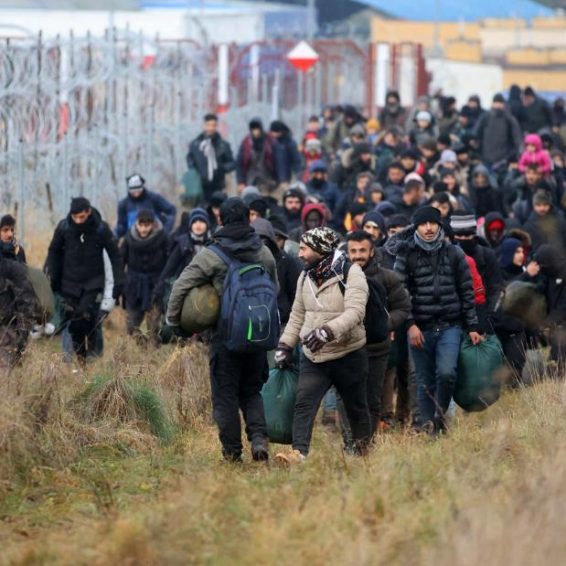 3 weeks ago·4 min read
ShareTweetPinShare
Home
World News
Russia and Belarus hold military drills
The content originally appeared on: CNN
On Friday, Russia and Belarus held joint paratrooper drills near Poland, exercises the Belarusian defense ministry said were “in connection with the buildup of military activity near the state border of the Republic of Belarus.”
Some 15,000 Polish soldiers have been deployed to Poland’s border with Belarus in recent days in reaction to a tense standoff that the European Union, the United States and NATO say is of Belarusian leader Alexander Lukashenko’s making.
Western leaders, including prime ministers of neighboring Poland, Latvia and Lithuania, are accusing the Lukashenko regime of manufacturing a migrant crisis on the EU’s eastern frontier as retribution for sanctions over human rights abuses.
Tensions are rising on the Poland-Belarus border. Here’s what you need to know
Lukashenko’s government has repeatedly denied such claims, instead blaming the West for the crossings and treatment of migrants.
Read More
Trapped in the crossfire are upwards of 2,000 people stuck between Poland and Belarus who are now facing conditions the United Nations has called “catastrophic,” with desperate scenes of hunger and hypothermia playing out in freezing forests and at makeshift camps at the border.
Russia, Belarus’ largest (and most important) political and economic partner, continues to defend Minsk’s handling of the border crisis while also denying any involvement in it.
Russia demonstrated that support by flying two long-range Russian Tupolev Tu-22M3 supersonic long-range bombers over Belarusian airspace on Wednesday and on Thursday.
The aircraft, known to have nuclear capabilities, practiced “issues of interaction with ground control points” with armed forces of both countries, the Russian defense ministry said.
Neighboring Ukraine is also scaling up security. On Thursday, it announced it would hold military drills with some 8,500 servicemen and 15 helicopters in an area near its borders with Poland and Belarus to counter a potential migrant crisis.
The show of force unfolding across the region is continuing to test a fragile political order, with allegations from the United States on Russia’s military buildup this week deepening concerns over the potential for a wider geopolitical crisis.
US Secretary of State Antony Blinken said on Wednesday that the US is “concerned by reports of unusual Russian military activity” and mentioned the possibility that Russia may be “attempting to rehash” its 2014 invasion of Ukraine.
Russia hit back at the allegations on Friday, saying that they represented an “empty, groundless escalation of tensions.”

‘This will not succeed’

European Commission President Ursula von der Leyen called the border crisis a “challenge to the whole of the European Union” earlier this week. “This is not a migration crisis. This is the attempt of an authoritarian regime to try to destabilize its democratic neighbors. This will not succeed,” she said.
Western powers are now preparing to levy new sanctions on Belarus, and the EU said it was considering penalties against third-country airlines for contributing to the crisis by transporting people to Minsk, the Belarusian capital.
On Friday, Turkey’s foreign ministry said in a tweet that they would ban people from Syria, Iraq and Yemen — where many of the migrants stuck at the border are from — from flying from Turkish airports to Belarus. The ministry on Thursday fought back against claims it was contributing to the crisis, saying that they “refuse to be portrayed as part of a problem which Turkey is not a party to.”
EU Council President Charles Michel replied to the tweet, saying “thank you” for the “support and cooperation.”
Moscow hasn’t budged however, with Kremlin spokesman Dmitry Peskov dismissing accusations that the Russian carrier Aeroflot had helped refugees travel into Belarus. Statements from Aeroflot demonstrate that it “did not provide and is not providing transportation of migrants to Minsk,” Peskov said, adding that “even if some airlines are engaged in this, it in no way contradicts any international regulations.”
In the US, the White House’s National Security Council announced on Wednesday that it was preparing “follow-up sanctions” designed to hold Belarus accountable for “ongoing attacks on democracy, human rights and international norms.” This is the second round of sanctions announced by the US in recent months. It is not clear when the new measures will be executed.
The EU is also expected to “expand and tighten its sanctions against Lukashenko’s regime,” Germany’s acting Foreign Minister Heiko Maas said Thursday.

Meanwhile, conditions for migrants trapped at the border continue to deteriorate, with people at a makeshift migrant camp at Bruzgi, on the Belarusian border, now starving and desperate for firewood in near freezing temperatures.
CNN gained exclusive access into the camp, where chaotic scenes at a food distribution area were unfolding as the Belarusian Red Cross tried to hand out food aid to tightly packed crowds while Belarusian security forces pushed them back. Disappointment and grief is palpable throughout the camp.
Migrants fleeing war-torn countries such as Syria and Iraq had come to Belarus with the expressed purpose of moving deeper into Europe and of trying to find a better life. But now, there’s a bitter sense of disappointment that isn’t happening.
Since the beginning of November, there have been 4,500 recorded border crossing attempts, according to Polish authorities. The Polish border guard said it had recorded around 1,000 crossing attempts in the last few days, including some “large-scale” efforts with groups of more than 100 people trying to breach the fence.
Humanitarian groups are accusing Poland’s ruling party of violating the international right to asylum by pushing people back into Belarus instead of accepting their applications for protection. Under article 14 of the Universal Declaration of Human Rights, everyone has the right to seek and enjoy asylum from persecution in other countries. Poland says its actions are legal.
As the standoff continues, people keep on coming. Belarusian authorities estimate that the number of migrant arrivals to the border could swell to 10,000 in the upcoming weeks if the situation isn’t resolved.