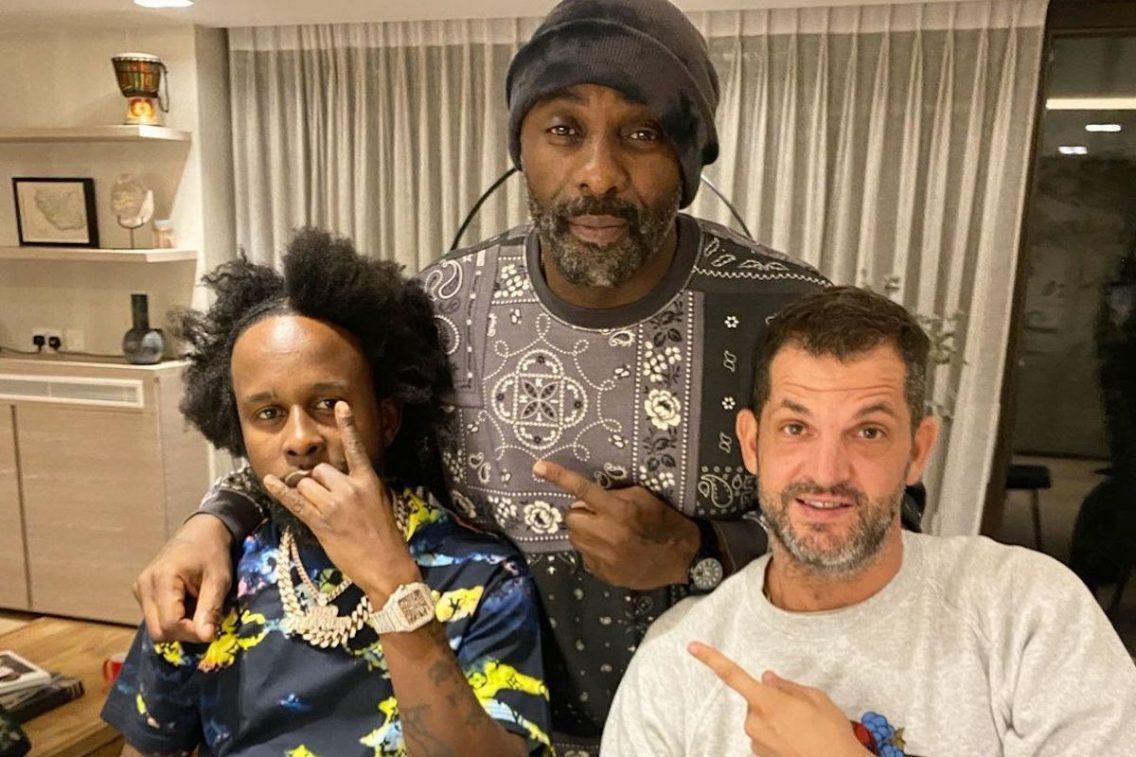 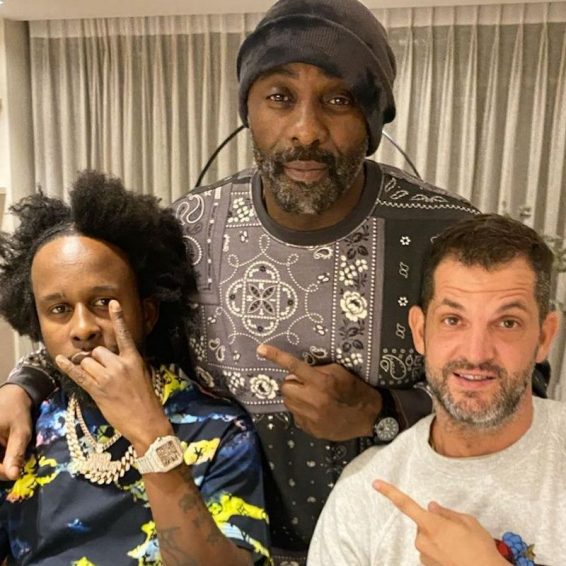 Popcaan ‘tired of being stuck’ In Jamaica, Living Best Life With Idris Elba In UK & Africa

Popcaan is done with being on lockdown in Jamaica so he’s now living his best life overseas with the help of some famous friends like Idris Elba.

If it’s one thing you can bet on, dancehall star Popcaan is going to have a good time, no matter where in the world he is. He’s proving that once again as he’s been sharing his journey to Ghana and all of his activities with his fans via Instagram.

In one post, he’s decked out in a Ghanaian traditional kente outfit. He titled that one, “Ghana drip code!!!” In another, he shares a snapshot of his day in the country through a short video clip. He captained that one, “Outside in GH #GOLDRIDGE #UNRUlY #SLG #Superior.”

The clip shows him truly embracing the Ghanaian culture as he tries fufu, a popular spicy rice dish, and tours a gold mining company called TransEco Minerals and Mining. His agent Sharon Williams, who spoke with THE STAR, confirmed that the Unruly Boss is having a great time and is simply just trying to live his life.

“He [Popcaan] was just tired of being stuck here and he has visas for the UK and Canada so he decided to go to the UK,” she said.

The “Family” singer has been out of Jamaica for a while and first visited England before journeying to the African country. It almost feels like he’s been traveling with his fans as his posts give a real insight into his activities abroad.

Williams explained that Popcaan decided to travel after he began feeling stuck in Jamaica. This was mostly due to the downturn in work for him due to the pandemic. Since he already has visas for the UK and Canada, he decided to take a break. His trip to Ghana, though, was unplanned, and he decided to go there after some of his friends reached out to him from the country. “He just went to visit his friends and they have him touring all over the place,” she added.

Of course, as evidenced by his 2020 tour of Ghana, he is a favorite there. In fact, when he landed this time around, there was an incident where members of his security detail had to fire warning shots to warn frenzied fans. According to reports, two men jumped onto the back of his security’s G Wagon SUV while he was traveling through towns.

Popcaan didn’t seem to take it too seriously and described it on Instagram, saying, “Ah weh di [email protected]@t this! The man dem take ova Sledge [his driver’s] van.” Williams also revealed that even though this trip is about leisure, they have been organizing some shows for an African tour next year.

So far, they’ve already confirmed one in the Gambia on January 15, 2022. “I’m also talking to Kenya and Uganda but there’s nothing confirmed there yet. We hope to do a little tour in January-February in Africa,” she added.

Like many other artists, Popcaan’s shows have been negatively affected by the ongoing pandemic. The hope is that some of the shows that had to be postponed this year can be held next year instead.

Popcaan is expected back on the island shortly, however, as he is expected to appear in the Yallahs Traffic Court in St. Thomas, in just two days, on November 4. He failed to make an appearance on September 2. The “God is Love” artiste was intercepted by police who were acting on information on April 26. Following the traffic stop, he was allegedly found to be in violation of numerous sections of the Road Traffic Act.

Some of the charges include allegedly driving an unlicensed motorcycle with no side-view mirror, driving without insurance coverage, with no registration plate affixed, and lack of valid certificate of fitness. He was also accused of riding a motorcycle with no helmet.

Popcaan’s first appearance in court was in June, where he pleaded not guilty to the six traffic breaches. He faces fines of up to $100,000 under the Road Traffic Act if convicted on the charges.