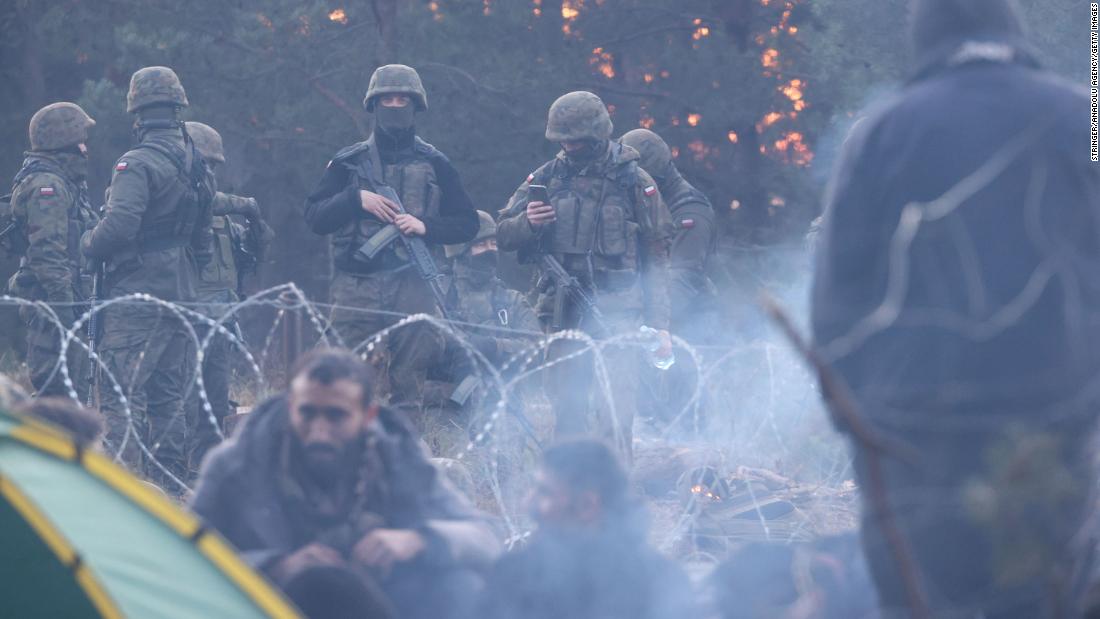 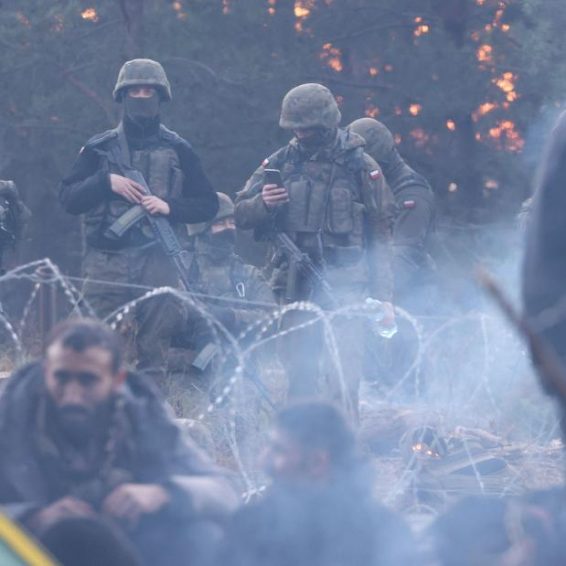 3 weeks ago·4 min read
ShareTweetPinShare
Home
World News
Migrants describe brutal journey through forests on Belarus-Poland border
The content originally appeared on: CNN
Hundreds of migrants have been trying to cross into Poland from Belarus, where authorities appear to have facilitated their passage into the European Union country. Many have been stranded in the border area in freezing conditions.
Youssef Atallah, a 37-year-old Syrian, arrived in Poland recently after his third attempt at crossing from Belarus. Speaking at a refugee center in Bialystok, he recalled how upon arriving at the border, Belarusian guards caught his group of four and he was beaten, leaving him with facial injuries, a broken nose and bruised ribs.
“They took us to the forbidden area. That was the first try to cross the border to Poland,” he told CNN. He said the officials refused to provide medical aid and repeatedly told them to head to Poland rather than return to the Belarusian capital Minsk. While making the treacherous journey, Atallah said he had no food and drank water from a swamp. He added, “I saw stuff left by another refugee group (and) I found a cube of sugar. I just start sucking on it because I can’t chew, I can’t bite or anything.”
Belarus-Poland border crisis deepens, with thousands trapped in dire conditions
One Syrian woman who CNN spoke to in recent weeks said she had flown from the Lebanese capital Beirut to Minsk. From there she alleges the Belarusian military helped her and a group of other migrants get to the border area and cut the border fencing.
Read More
When Polish police repeatedly pushed the group back, the woman said they begged Belarusian authorities for safe passage back to Minsk airport, so they could go back to their countries of origin. She said they refused.
The woman said she ended up trapped in the forest on the Belarusian-Polish border for 12 days before she was able to slip past Polish police and cross the border into Poland. From there, she made her way to Germany — the desired destination for many of the migrants — after hiring what she described as a “taxi” for $2,000.
Speaking to CNN several weeks ago from a refugee center in the German town of Eisenhuettenstradt, the woman, who asked not to be named, said: “I slept under a tree all the time. [The] first days we have a sleeping bag. [But] we lost everything when we walked [between] the trees.”
“Five days later we drink water from the floor. We don’t have anything, they didn’t help us,” she said. “We put a bottle on the floor … we drank water from puddles.”
“We cannot drink from it in the morning because it is black,” she said, choking back tears.
Thousands of stranded people between Poland and Belarus are caught at the center of an intensifying geopolitical dispute that has pitted the EU, the US and NATO against the Belarusian government. Western officials have accused Belarusian strongman Alexander Lukashenko of manufacturing a migrant crisis on the EU’s eastern frontier to destabilize the bloc as retribution for sanctions over human rights abuses.
His government denies the claims, and instead blames the West for dangerous, sometimes fatal, border crossings and poor treatment of migrants.
The Polish border guard said it had recorded 468 crossing attempts by migrants on Wednesday, and nearly 600 the day before, including some “large-scale” efforts with groups of more than 100 people trying to breach the fence. Polish authorities have detained small numbers of people and immediately sent others back to Belarus.
Migrants who CNN has spoken to say they paid around $8,000 for their journey. “I went to Lebanon [from Syria]. From Lebanon, I went to the airport, on FlyDubai on a tourist visa to Belarus,” said 27-year-old Syrian migrant Mohammad Nassar.
“At the airport, they treat you like a tourist. There’s a hotel. But as soon as you go to the border village of Harodnia, they start to treat you very badly,” said Nassar. “For the last four days, we had no food. They gave us nothing. They only gave us water sometimes.”
Jino, a 17-year-old from northern Iraq, said the Belarusian military hauled her group into the back of a truck and transported them to the border.
“The Belarusians … sometimes they treated us bad, sometimes they treated us good,” said Jino, who did not disclose her surname for security reasons. “In my case, they brought us to the border in a truck … and they cut the [border] wire.”
The press officer for the Polish border guard, Katarzyna Zdanowicz, said the situation in the Kuznica area was calm on Wednesday and that migrants had received hot food and drinks from Belarusian servicemen overnight.
Zdanowicz put the number of migrants camped out along the border at around 4,000, citing border guard estimates. She did not rule out the possibility that more people were making their way towards the border area from other parts of Belarus. However, the Belarusian State Border Committee said Tuesday there were around 2,000 migrants at the scene.
Multiple Polish officials have accused Belarus of helping migrants in attempts to cross the border. Deputy Interior Minister Bartosz Grodecki told Polish media on Wednesday that migrants are “constantly transported to the border by the Belarusian services.”
Grodecki also alleged that “apart from the Belarusian services, there are probably also representatives of the Russian services” among the crowds of migrants.
On Thursday, Russia denied it was helping migrants get into Belarus.