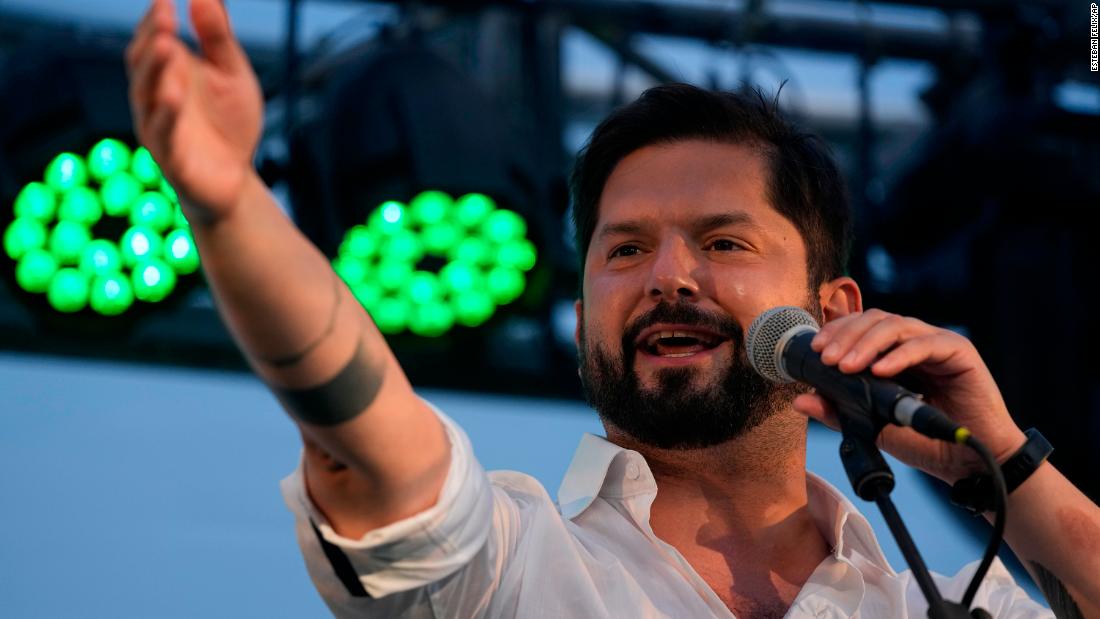 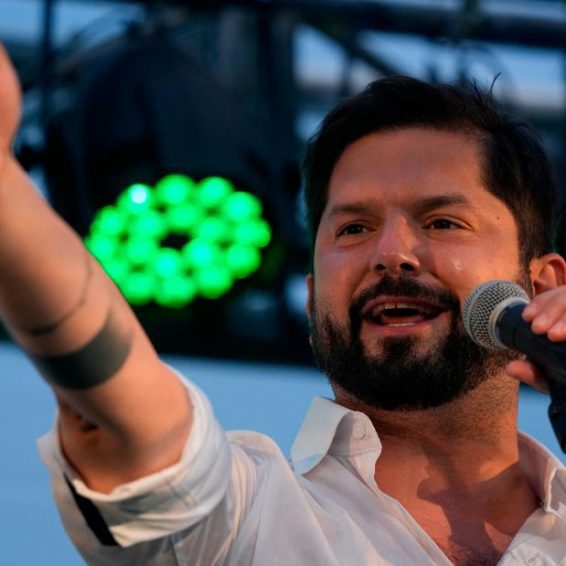 With 99.95% of ballots counted, Boric won with 55.87% of the vote, securing victory over his right-wing opponent, Jose Antonio Kast, who trailed with 44.13%, according to the Electoral Service of Chile. Boric will be sworn in as President on March 11.
Earlier Sunday, Kast conceded the election to Boric and congratulated his opponent “on his great triumph.”
“From today he is the elected President of Chile and deserves all our respect and constructive collaboration. Chile is always first,” Kast tweeted.
Speaking to supporters at his campaign headquarters Sunday night, President-elect Boric thanked the people of Chile.
Read More
“I want to begin this historical moment which is tremendously exciting, and that the eyes of Chile and the world are watching, thanking all Chileans who went to vote, honoring their commitment to democracy,” he said.
“It doesn’t matter if you did it for me or my opponent; the important thing is that you did it, you were present, you showed your commitment to this country that belongs to each of you.”
Outgoing Chilean President Sebastian Pinera congratulated Boric earlier in the evening, saying, “Chileans have given an example of democracy, you were part of that, I congratulate you.”
Video from CNN Chile showed celebrations in the capital, Santiago, on Sunday evening, with people waving banners and flags in support of Boric.

Representing polar opposites of Chile’s presidential race, Boric and Kast emerged as the two leading candidates after a general election was held on November 21.
Kast garnered 28% of that vote, missing the necessary 50% needed to avoid a runoff. Boric came in second with 25%.
Kast, whose recent surge in popularity has surprised critics, has sometimes been compared to former US President Donald Trump and Brazilian President Jair Bolsonaro — he is a staunch defender of former dictator General Augusto Pinochet’s regime and the free market. The 55-year-old former congressman’s agenda included a tax cut for companies, building barriers in the north of Chile to prevent migrants from entering illegally and abolishing abortion.
Boric meanwhile, was a student leader in the Chilean capital rallying against the country’s privatized education system alongside thousands of others, 10 years ago.
Chilean presidential candidate Jose Antonio Kast of the Republican Party speaks to supporters during the presidential elections campaign closing rally on November 18 in Santiago, Chile.
This election comes two years after massive protests and riots shook the country in October 2019, with protesters demanding improved pensions, better education, and the end of an economic system they said favors the elite.
The unrest led to now-outgoing President Pinera to agree to a referendum to change the constitution, which was inherited from Pinochet’s bloody dictatorship. Last year, Chileans overwhelmingly voted to draft a new one. That process is in now in the works, with the new constitution to be voted on in a plebiscite sometime in mid-2022.
Boric’s political platform has been riding on that wave, which includes proposals for a more inclusive public health system, to cancel student debt, to raise taxes for the super wealthy and a revision of the state’s private pension system — which was inherited from Pinochet’s military regime.
From student protester to leftist hero: Meet the shaggy-haired millennial vying for Chile’s presidency
But Chile still hasn’t regained the stability for which it was once known. It has been hard-hit economically by the pandemic, and brutal clashes between protesters and security forces continue weekly in Santiago.
Considering the recent past, Boric was widely perceived as the presidential candidate who better represented the country’s social movement. He is a supporter of abortion rights, a welfare state model, and leads a broad coalition that includes Chile’s Communist Party.
Speaking after his victory Sunday, Boric thanked the women of Chile who “organized themselves throughout the nation to defend the rights that have cost them so much to achieve, from things as basic as the right to vote that some dared to question to the right to decide over their own body.”
“I want to tell you, count on us, you will be protagonists of our government,” he added, telling the country he will be the “President of all Chileans.”
Analyst Robert Funk, professor at the University of Chile, said Boric has had “an amazing, meteoric political career,” in rising from student leader to President-elect.
“It’s a very clear mandate from Chilean voters,” Funk said. “His party, his message, really shows the desire — and the fact that Chilean’s voted for that — shows a desire for change for a more modern Chile.”

Leaders across Latin America and the Caribbean congratulated the new President-elect.
Cuban President Miguel Diaz-Canel Bermudez tweeted, “Warm congratulations to @gabrielboric for his election as President of Chile in a historic popular victory. We ratify the will to expand bilateral relations and cooperation between both peoples and governments.”
Colombian President Ivan Duque also tweeted congratulations, saying, “We express our interest in continuing to work together to strengthen the historic and fraternal bilateral relationship that unites us. We are sister countries.”
Peruvian President Pedro Castillo, Bolivian President Luis Arce, Uruguay’s President Luis Lacalle Pou and Costa Rican President Carlos Alvarado also took to Twitter to congratulate the new leader.