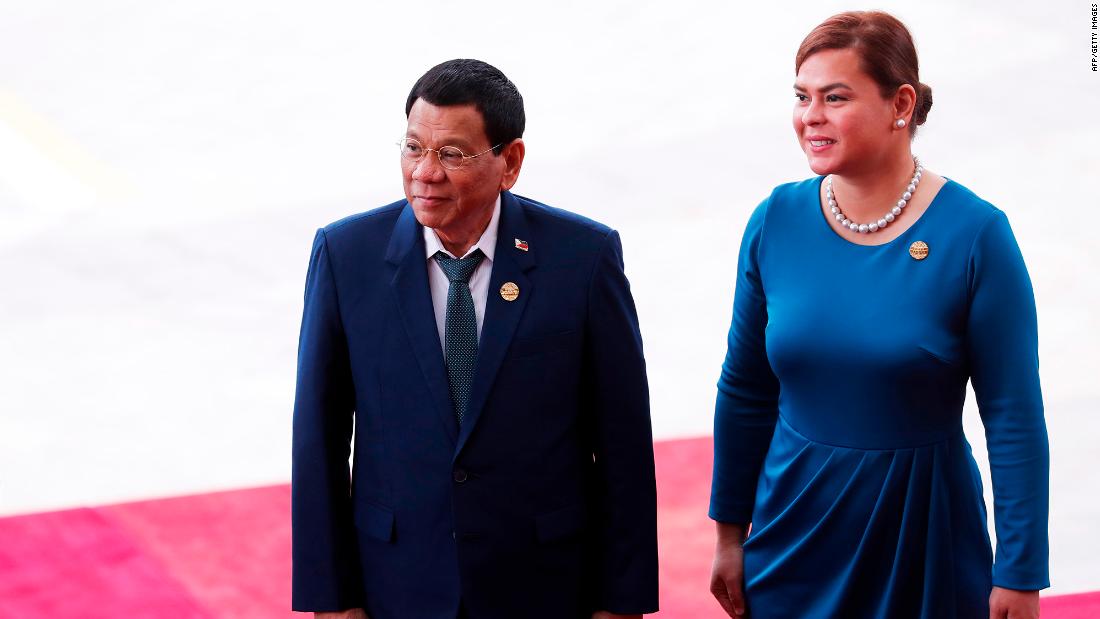 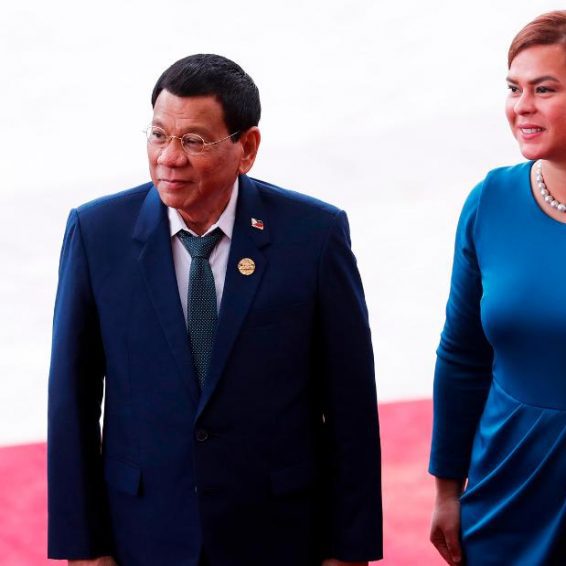 Daughter of Philippine President Duterte to run for vice president

3 weeks ago·1 min read
ShareTweetPinShare
Home
World News
Daughter of Philippine President Duterte to run for vice president
The content originally appeared on: CNN
Duterte-Carpio, 43, who replaced her father as mayor of Davao City and belongs to a different political party, had previously given mixed messages about running, despite opinion polls this year ranking her as the number one presidential prospect.
She will run in May 9, 2022 elections under the coalition party of Partido Federal and Lakas-CMD, alongside Ferdinand “Bongbong” Marcos Jr., the party’s pick for President.
Earlier this week, Duterte-Carpio withdrew her candidacy for reelection as Davao mayor and resigned from her Davao-based party, Hugpong Ng Pagbabago.
The Philippines goes to the polls next year to decide positions from the President down to governors, mayors and local officials. The country elects its vice president separately from the President.
Read More
Duterte-Carpio will be going up against vice presidential candidates including her father’s close ally, Sen. Bong Go, Senate president Tito Sotto, Sen. Kiko Pangilinan, former congressman Walden Bello, and Dr. Willie Ong, according to CNN affiliate CNN Philippines.
Duterte will step down from the presidency after serving six years in office. He is barred by the Philippine Constitution from seeking a second term.
A diverse range of hopefuls is seeking to succeed him.
Among those running for the presidency are Marcos Jr. — the controversial son and namesake of the late dictator who was overthrown in 1986; former boxing champion and senator Manny Pacquiao; incumbent vice president and Duterte critic Leni Robredo; and Isko Moreno, the mayor of Manila and a former actor.
This is a developing story, more to come.