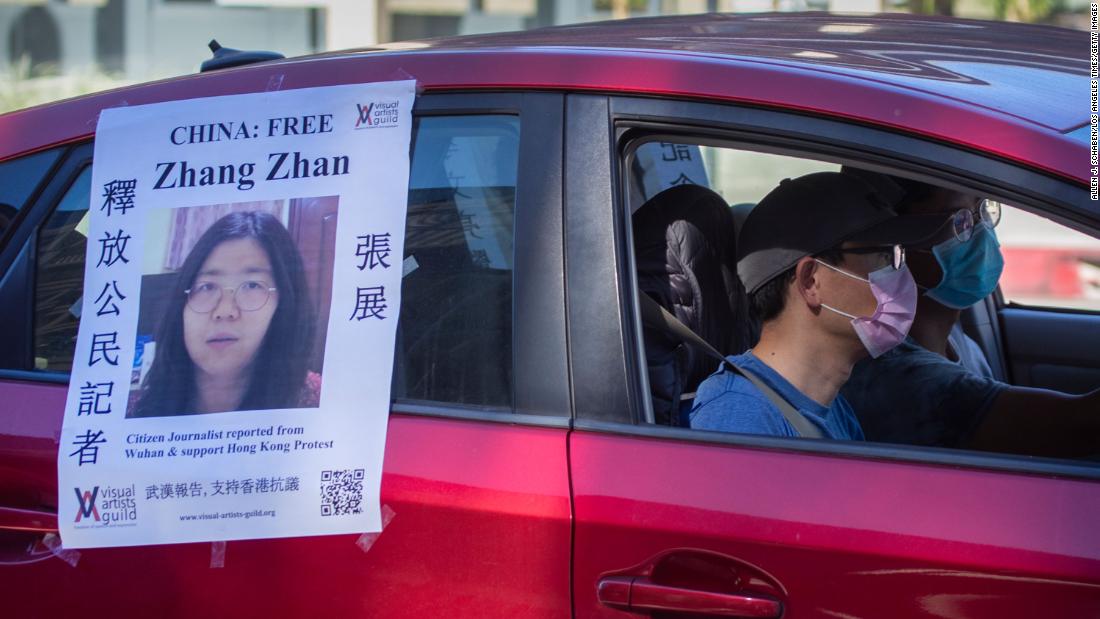 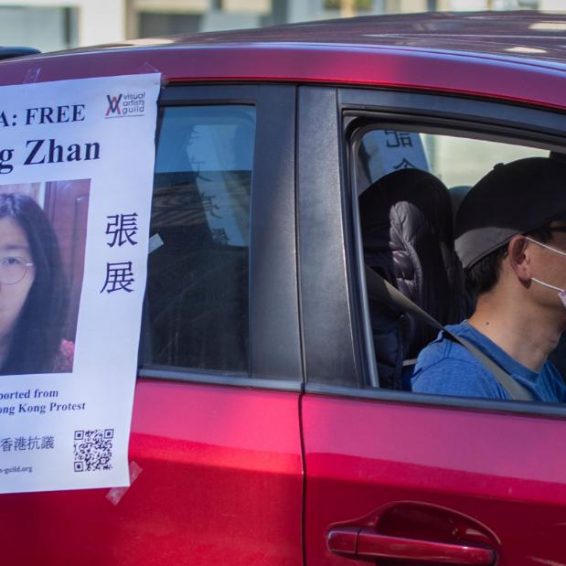 4 weeks ago·2 min read
ShareTweetPinShare
Home
World News
Chinese journalist imprisoned over Covid reporting in desperate need of medical care, says family
The content originally appeared on: CNN
The US-based rights group is calling on authorities in Beijing to release Zhang, a former lawyer, who was detained in May 2020 and sentenced in December to four years in prison for “picking quarrels and provoking trouble” — a charge commonly used by the Chinese government to target dissidents and human rights activists.
The 38-year-old has been on multiple hunger strikes since being detained and was briefly hospitalized but was sent back to prison despite her worsening health.
Zhang’s mother, who had a video visit with her in October, said her daughter could not hold her head up for lack of strength — she is 5 feet, 10 inches tall (1.78 meters), yet now weighs under 88 pounds (about 40 kilograms), and urgently needs medical treatment.
“The Chinese government needs to be held to account for allowing yet another peaceful critic to fall gravely ill while unjustly imprisoned,” said Yaqiu Wang, senior China researcher at Human Rights Watch. “Governments should call for Zhang Zhan’s urgent release to prevent an already terrible situation from becoming a tragic one.”
Read More
In the early months of the pandemic, Zhang traveled some 400 miles from Shanghai to Wuhan to report on the spread of the virus and subsequent attempts to contain it, just as the authorities began reining in state-run and private Chinese media.
For more than three months, she documented snippets of life under lockdown in Wuhan and the harsh reality faced by its residents, from overflowing hospitals to empty shops. She posted her observations, photos and videos on Wechat, Twitter and YouTube — the latter two of which are blocked in China.
Her postings came to an abrupt stop in mid-May, and she was later revealed to have been detained by police and brought back to Shanghai.
During a previous hunger strike, Amnesty International alleges she was shackled and force fed, treatment the group said amounted to torture.
China’s Ministry of Foreign Affairs did not previously respond to CNN on allegations of Zhang’s mistreatment in detention.
Chinese journalist who documented Wuhan coronavirus outbreak jailed for 4 years
In a lengthy statement issued in July 2020, the Foreign Ministry denied the Chinese government had cracked down on journalists who “exercised their right to freedom of speech on the Internet” during the pandemic.
“In China, no one gets punished or penalized simply because of making remarks,” the statement said. “The Chinese government has all along conducted its Covid-19 response in an open and transparent manner, and has made widely recognized achievements.”
Zhang was one of a number of independent reporters who were detained or disappeared during the outset of the pandemic, as Chinese authorities clamped down on coverage of the virus and propaganda outlets went into overdrive portraying Beijing’s response as effective and timely.
China is the biggest jailer of journalists in the world, according to Reporters Without Borders (RSF), and tightly controls the press at home while blocking most foreign media outlets via the Great Firewall, its vast online censorship and surveillance apparatus.
In 2020, China expelled journalists from the New York Times, Washington Post and Wall Street Journal, in an unprecedented move against the foreign press. Beijing said the move — which came amid a wave of critical reporting about China’s initial response to the coronavirus — was a response for recent restrictions by Washington on how Chinese state media operates in the US.