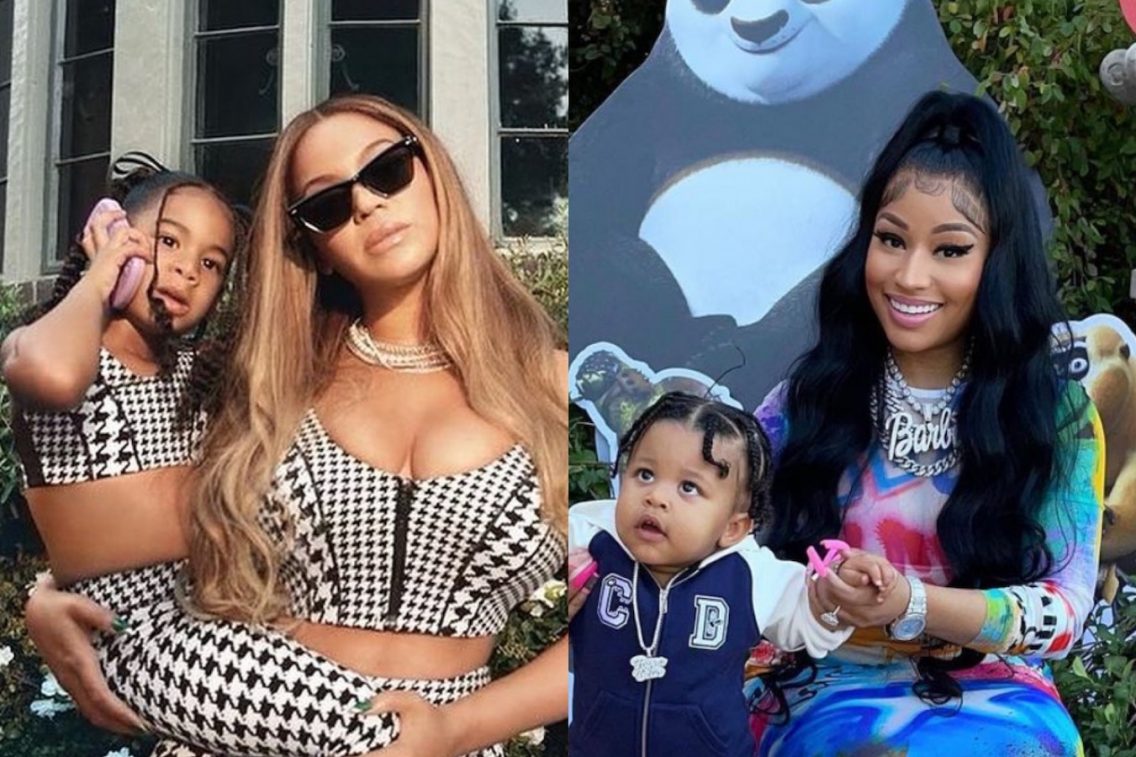 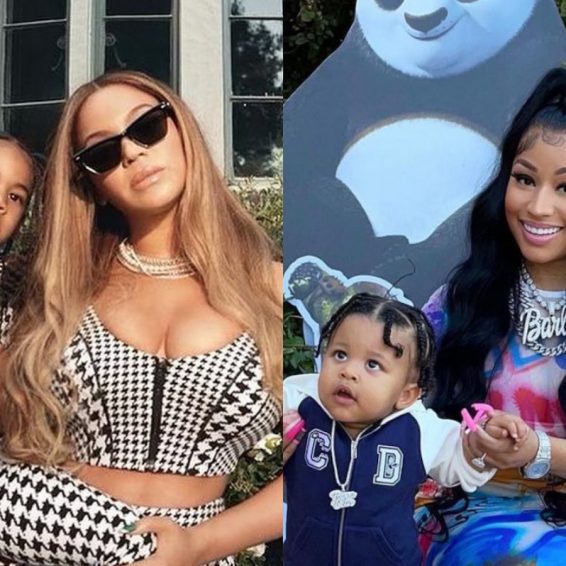 Nicki Minaj and Papa Bear will be matching up in Ivy Park gears from Beyoncé.

So what do you give someone who can already afford to buy themselves practically anything they want? More stuff, of course. Nicki Minaj celebrated her 39th birthday on Wednesday, December 8. She got many gifts from friends and fans, including Beyonce, who gifted the “Super Bass” rapper branded products from her Ivy Park clothing line.

On Friday, Nicki Minaj revealed the bounty she received on Instagram, and she gratefully captioned the post, “Thank you @beyonce.” The 42-second video showed her many cute fall colors in blue plaid, army green, and light brown.

Nicki Minaj went through the individual pieces, highlighting some Ivy Park sweaters and long sleeve jerseys, some with matching hoodies and hats. However, the sweet and thoughtful addition of a matching outfit for her toddler son, Papa Bear, stood out for the Trinidadian born. In addition to the clothing, Nicki also received a bag and a pair of sneakers.

An athletic-leisure wear line, Ivy Park is owned and operated by singer Beyonce, and it was first introduced in 2016. The sportswear line includes tops, bottoms, swimwear, and accessories that range from $30 to $200. She has, on occasion, teamed up with Adidas, collaborating on several ionic collections. Recently, she shot a new Ivy Park ad campaign featuring herself, Blue Ivy Carter, and her younger daughter Rumi Carter.

Nicki was purring as she shared her excitement of the gifts with her 164 million followers, gushing, “I got this package on my b-day. Look at all the sexy things here from the queen. The last time Beyonce sent some Ivy park stuff, the orange wardrobe, I didn’t get a chance to wear it because I was flying out that day to New York and by the time I got back I was heavily pregnant and I didn’t wanna tell nobody. But look who got himself some stuff too. Papa Bear. He thinks he’s all that. Thank you aunty B!”

The birthday gift is not the first time that the “Lemonade” superstar has made Minaj feel special as the “Anaconda” rapper has previously shared that Beyonce gave her a diamond necklace which spelled “Flawless.” This was back in 2014 before her Video Music Awards performance. Also, after the birth of Papa Bear last year, Beyonce sent gifts to the newborn as well as a beautiful handwritten note that said, “Onika, welcome to motherhood. God bless you and your family.”

Beyonce has a habit of making heartfelt birthday wishes to those she considers near and dear close friends, and it is quite apparent that Nicki has a top spot on that highly exclusive list.